Our House chronicles continue with some big tunes from 1997. I remember that i couldn't get Sneak's burner "You Can't Hide Form Your Bud" out of my head for months - Disco samples had finally taken over the clubs.

1997 was the also time, when Speed Garage (or UK Underground) tracks were played in clubs but for this mix i choosed the House mixes of Todd Terry's "Something Goin' On" and Lisa Stansfield's "The Line". The same year DJ Tonka, Mousse T. and Boris Dlugosch took over the House scene in Germany with many great tracks and remixes.

I love Basement Jaxx' (aka Brix) Edit of The Heartists' Belo Horizonti which popular pendant was Bellini - Samba de Janeiro. Needless to say that Bellini covered that track (with addictive vocals though).

PS: As some of you play my mixes on parties or on prof. dj equipment, you'll get all mixes from now on in 256 kBit quality :)

All mixes are for promotional use only!
They show my mixing skills and intend to feature less known music to a broader audience.

Please support the artists and buy the tracks if you like them.
Recommended sites for House Music are Traxsource and Beatport.
um 16:43 1 comment: 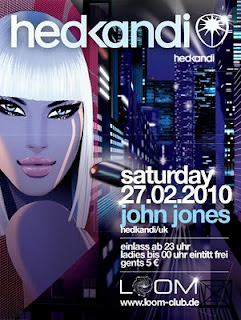 The Hed Kandi Party is taking its restart this Saturday, now at the Loom Club Cologne. We had two parties some months ago, but no other followed - no reason was given. I'm pretty excited this time as the new club is much better than the location before.

Make sure you don't miss the Music Horizons show. It's being aired on Vibes Radio Station at 8 pm Bulgarian time, which is 7 pm in Germany / France or 6 pm in England. 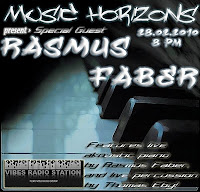 Meanwhile, some of my mixes are played and going to be played on some online radio stations. The feedback so far is fantastic. I'm glad that so many people like my style and my mixes. I'm gonna post some radio links and broadcasting times next time...

PS: You can expect another Revisited House Chapter soon, i've already selected choons from 1997. It's gonna be biiiiig ;-)

Don't have much to say about this mix, just this: If you liked the Orchestral House Mix you'll surely like this too - it's again all about strings!

Some of this tracks are well known but we got some rare records in here too this time, so make sure you check out the whole mix. Have fun with this and leave a short comment here if you liked it.

All mixes are for promotional use only!
They show my mixing skills and intend to feature less known music to a broader audience.

Please support the artists and buy the tracks if you like them.
Recommended sites for House Music are Traxsource and Beatport.
um 23:53 1 comment:

Follow @Discotizer
My other artist pages:
BUY my music on Traxsource
My mixes on Mixcloud.com
and House-Mixes.com
My NEW Soundcloud Account
My Channel on Youtube
My music library on Discogs

About Me & This Blog

Discotizer
Cologne, Germany
Discotizer is a DJ & Producer/Remixer from Cologne (Germany) with over 25 years of passion for House Music. He's well known to the local bar and lounge scene and has been playing a feel-good sound that is second to none.

His musical diversity ranges from NuFunk & NuDisco over Electroswing, Latin- and Soulful-House to Funky- and Disco-House with a deep collection of House Classics (Vocal and Garage) and Original Disco in the repertoire.

He also remixes and releases new tracks in some of these genres on a regular basis.

Together with his DJ colleague PaKo he is hosting the weekly radio show "Our House Is Disco" (which is at home on 54house.fm Discothèque), for more than 8 years now.